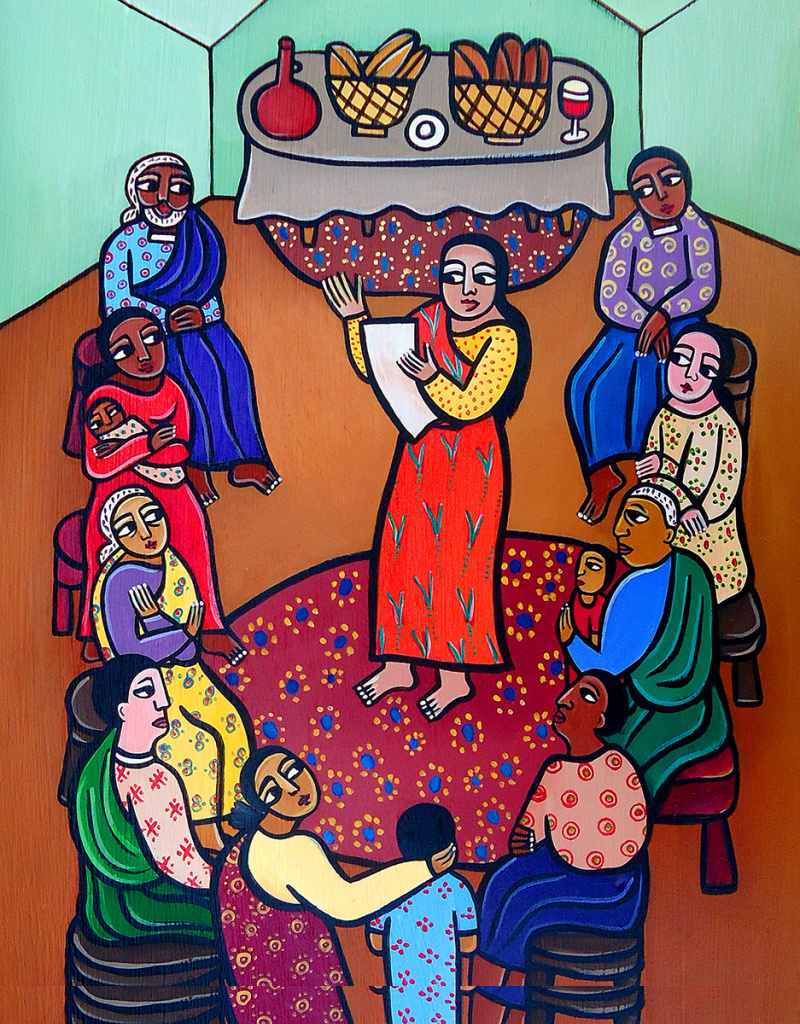 Discerning Deacons  invites Catholics to gather virtually this Friday, September 3 at 7:00pm to pray for the intercession of St. Phoebe, listen to powerful testimonies from Catholic women engaged in diaconal ministry, and express our collective hope that the Church would “receive them in the Lord,” just as St. Paul asked the Church in Rome to receive Phoebe the diakonos in Romans 16:1-2.

Click here to register for the Zoom Prayer Service

The Second Vatican Council (1962-65) renewed the ministry of the diaconate in the Catholic Church — restoring it as a permanent state of life, opening it to married men, and teaching that deacons are ordained to serve in liturgy, word and charity to the people of God.

At the Council itself, and in the decades that followed, a question has consistently emerged among popes and bishops and many others: Might the restoration and renewal of this ministry also involve giving official recognition to the diaconal ministry exercised by women?

In the early 1970s, Pope Paul VI commissioned a study. In 2002, the International Theological Commission said, “It pertains to the ministry of discernment which the Lord established in his Church to pronounce authoritatively on this question.” In 2016, Pope Francis established a commission to study the topic. And in 2020, following the Synod of Bishops on the Amazon, where a majority of bishops were in favor of ordaining women as deacons, and where the Synod formally requested to share their “experiences and reflections” with a papal commission, Pope Francis established a new commission that will begin meeting in September 2021.

The question of women and the diaconate is a living conversation and an active discernment in our Church. In a listening, participatory and synodal Church, it is a question not only for Synods of Bishops and papal commissions, but it is a discernment for the entire people of God.

We embrace the ministry of deacons.
We witness the diaconal ministry of women.
We hope in the Holy Spirit for healing and renewal.

TONIGHT at 7:00pm! Virtual Prayer Service and Gathering on the Feast of St. Phoebe – REGISTER NOW!
×