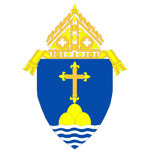 On September 6, I was able to visit Haiti to meet with Cardinal Langlois of Les Cayes, to survey the challenges now confronting the Haitian people and to express the solidarity of the Archdiocese, home to one of the largest Haitian communities in the United States, with the Church and the nation of Haiti. I was delighted to spend time with a fine young priest in Haiti, Fr. Louis Merosné, who was raised in St. Angela Parish in Mattapan and then returned to Haiti to pursue a vocation to the priesthood.

Even a brief visit two weeks ago vividly illustrated the threefold crisis now in Haiti. First, the political crisis catalyzed by the assassination of the President with far-reaching consequences for governance. Second, the social-legal crisis, created by the control that gangs exercise in parts of the country. Third, all this is complemented by the devastating poverty and dislocation caused by the second massive earthquake along with a hurricane suffered by Haiti and the COVID health crisis, all occurring in the span of ten years.

Remarkably, the Haitian people and the Church in Haiti manifest great faith and resilience in the midst of such suffering and chaotic conditions. I am grateful for their witness.

The United States has exercised pervasive influence in Haiti for over a century, often a history marked by mistaken policies and ill-conceived ideas. Once again, the United States is inextricably involved with Haiti and its crisis. Once again, U.S. policy seems to be a mix of very helpful and also some very concerning measures. The present Administration has committed significant funding for humanitarian assistance and disaster relief after the hurricane. These steps respond positively and directly to the request made by Cardinal Langlois to the international community. In addition, our government has extended the Temporary Protective Status (TPS) for Haitians in the United States, a crucially important measure.

At the same time, however, the United States is now carrying out an airlift of Haitian men, women, and children back to Haiti. The decision affecting some 14,000 Haitians now at the Texas border is a surprisingly and shockingly inhumane policy. The Administration has the legal authority for its policy, but the policy is blind to the moral and human consequences of this action. Haiti, the poorest country in the Western hemisphere, is incapable of absorbing this influx of young and older Haitians, all traumatized by the journey to the U.S. border. To be sure, many made this journey under mistaken assumptions about U.S. policy. But this fact does not absolve our country’s policy choices. Some cases of human suffering are sufficiently overwhelming to change the logic of existing policy. In this case, there is the need for a review and recasting of U.S. policy. The airlift should be halted while this review is conducted. Only then will it be possible to shape a short-term policy worthy of the U.S. role in the world and appropriate for the crisis Haitians now face.

In the encyclical “Fratelli Tutti”, Pope Francis appealed to humanity to set aside conflicts, resentment and quests for power, in favor of solidarity, collaboration and mutual support. The Holy Father shared his hope that, “by acknowledging the dignity of each human person, we can contribute to the rebirth of a universal aspiration to fraternity between all men and women.” These sentiments are evident in his call for the international community to provide relief for the tragic situation the Haitians are facing. In addition to the collection for Haiti taken up in our parishes, the Church in Boston will continue to call for a more compassionate policy from the U.S. government for Haitians at the border. I ask all to pray for the nation of Haiti and the Haitian community there and in our country, and to be generous in supporting efforts to raise funds to help those suffering in this humanitarian crisis.