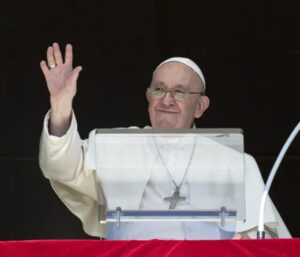 In a surprise announcement after reciting the Angelus with thousands of pilgrims in St. Peter’s Square on October 6, Pope Francis has significantly lengthened the final Roman phase of the ongoing Synod on Synodality.  It will now extend over two sessions from October 4-29, 2023, and in October 2024.

“I hope that this decision will favor the comprehension of synodality as a constitutive dimension of the church and help everyone to live it as a journey of brothers and sisters who witness to the joy of the Gospel,” the pope said when he broke the news.

“The fruits of the synodal process that has gone ahead are many, but in order for them to bear much fruit, we can’t hurry,” said Francis.