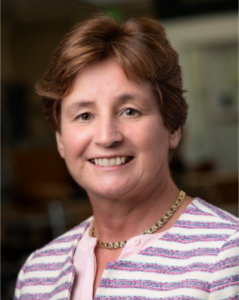 All women of the Collaborative are warmly invited to join us on Zoom as our women’s group hosts Michele Dillon, Dean of the College of Liberal Arts and Professor of Sociology at the University of New Hampshire.  A frequent lecturer on Women in the Church and contemporary Catholic issues, Dr. Dillon will be sharing her insights on this years theme, “The Still-Small Voice: Discerning God’s Presence in the Present”.

She was educated at University College Dublin (with a Bachelor’s degree in Social Science and a Master’s in Sociology) and the University of California, Berkeley where she received her PhD in Sociology. Her research focuses primarily on contemporary Catholicism.

If you are interested in attending this virtual gathering please email Carolyn Anderson.

Tuesday, January 19 at 7:00pm on Zoom: “The Still-Small Voice: Discerning God’s Presence in the Present”
×