What an amazing two days it has been!

Luckily we had beautiful weather for the start of the big climax of World Youth Day.

We set out early on Saturday morning and walked through the Old Town one last time to Mass with Cardinal Sean at St. Mary’s Church, which is right next to the Square in the Center of Town.

It was such a beautiful morning to enjoy the city’s old buildings once more. 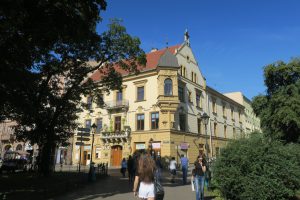 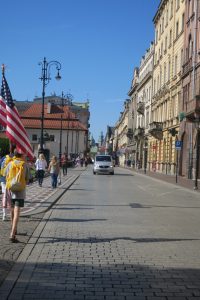 After the Mass it was time to set out on the long hike to Campus Misericordiae for the overnight vigil and Mass with the Pope.

We were packed up with backpacks, sleeping bags and lots of water. It was a great day for the hike as there was a breeze which helped us to keep a little cooler. 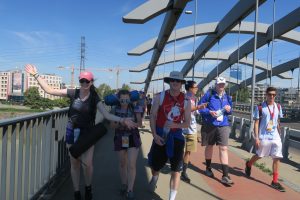 We hiked for 9 miles in total and enjoyed a few rest stops on the way. 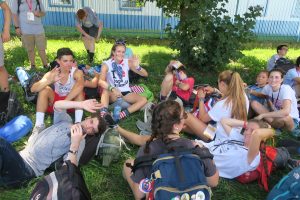 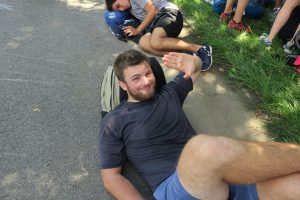 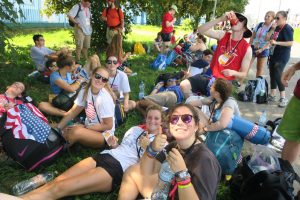 As we got nearer to the field the numbers of pilgrims grew until it was a steady stream of young people from all over the World. The atmosphere was so amazing with chants and songs and people greeting each other all along the route.

As we neared the Campus we were given bags with food to last us until the following day. It is an incredible feat of organization to move over a million people into their allotted spaces with food, water and bathrooms provided, but this was done flawlessly here with nice touches like a piece of fruit or bottle of water being handed to you just as you needed it. 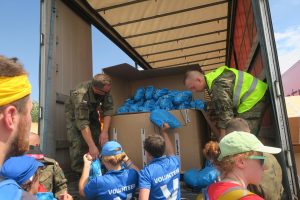 Our allocated section was fairly central to the field and on arrival we found a spot for ourselves and many took a nap. 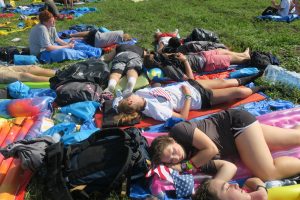 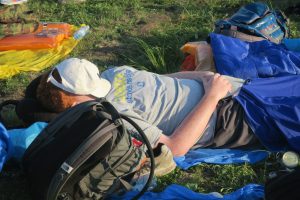 The space which you can see above didn’t last long as more people poured in and found their place to camp out. 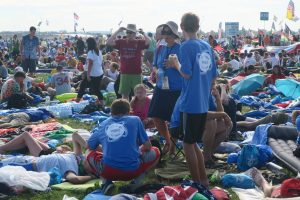 The atmosphere was so happy and the young people had so much time to interact with their contemporaries from all over the world. The most popular thing to do while waiting was to trade items and mostly we traded for bracelets and flags but with the occasional shirt or hat. 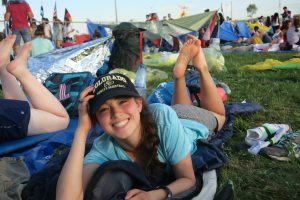 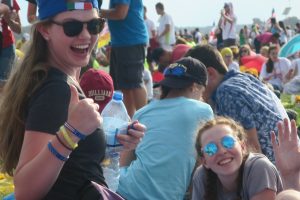 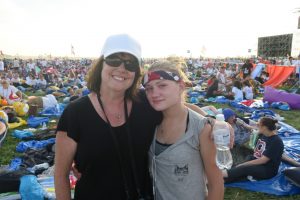 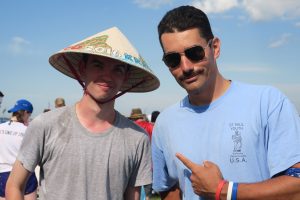 As the sun set the Pope arrived and the vigil began. 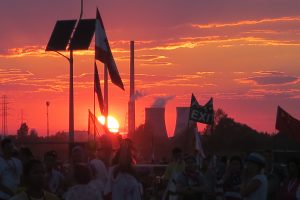 The Pope spoke to us all and we had adoration together with a beautiful moment when somehow, they managed to distribute candles or everyone and the whole field of 2 million people prayed in silence by candlelight. 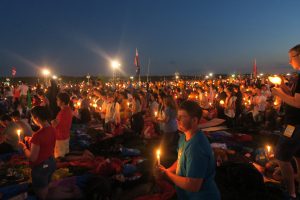 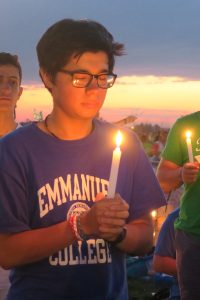 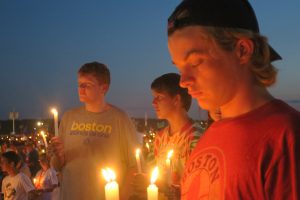 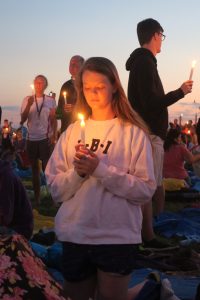 After the Adoration was over there was a concert and more time to trade and mix with other groups before everyone settled down to sleep.  Luckily it was a nice night to sleep out under the stars and some of us got the best sleep of the whole pilgrimage so far.

We were woken by the sound of gentle guitar playing over the sound system on the field which was actually a very pleasant way to wake up.  Around 10am the Mass with the Pope began and we were joined by more pilgrims for the Mass and the word is that the congregation was over 2 million.

The Pope spoke so beautifully to the young people and told them not to be couch potatoes but to leave their mark in history and not let others determine their history. He spoke in Italian but many of us had portable radios which broadcast a simultaneous translation in English so we could all hear and understand his words.

The walk home from the field was a lot harder than the walk there but we all made it and have now traveled to Zakopane which is in the mountainous region where John Paul II used to go hiking with his Youth Groups. I think we will not suggest a hike tomorrow after walking 9 miles each day for the last two days!