After breakfast today we had a trip to the beach and eight lucky pequeños got to come with us. The little ones were so excited and literally jumped into our arms before getting on the bus for the ride to the ocean. As we left the home the children prayed the prayer that they say every time they leave the home asking God to look after them. They then sang all the way to the ocean. 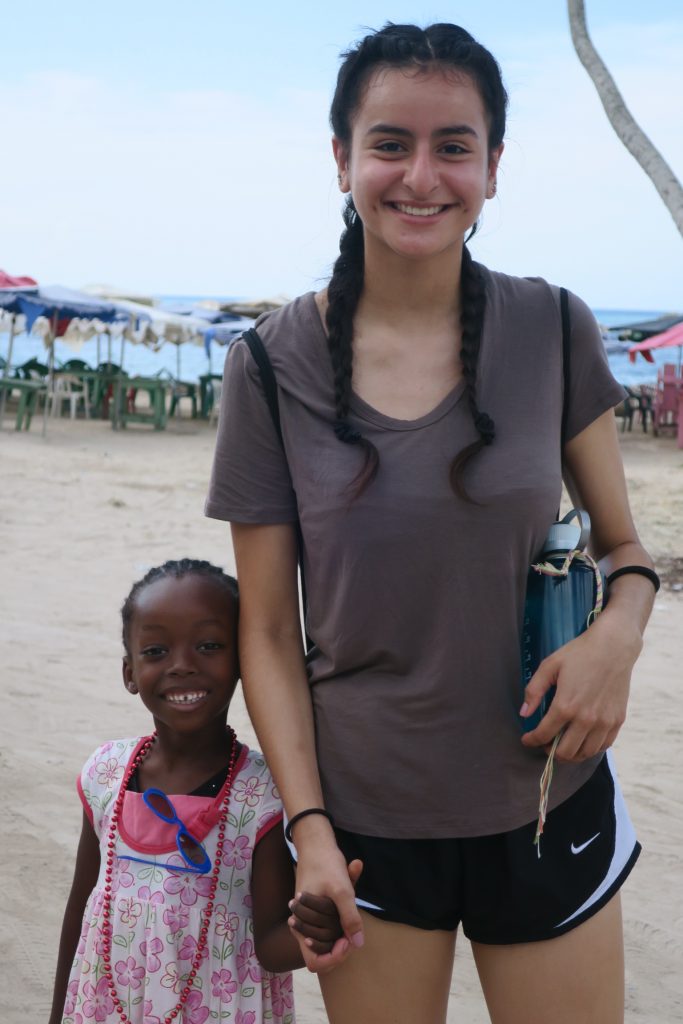 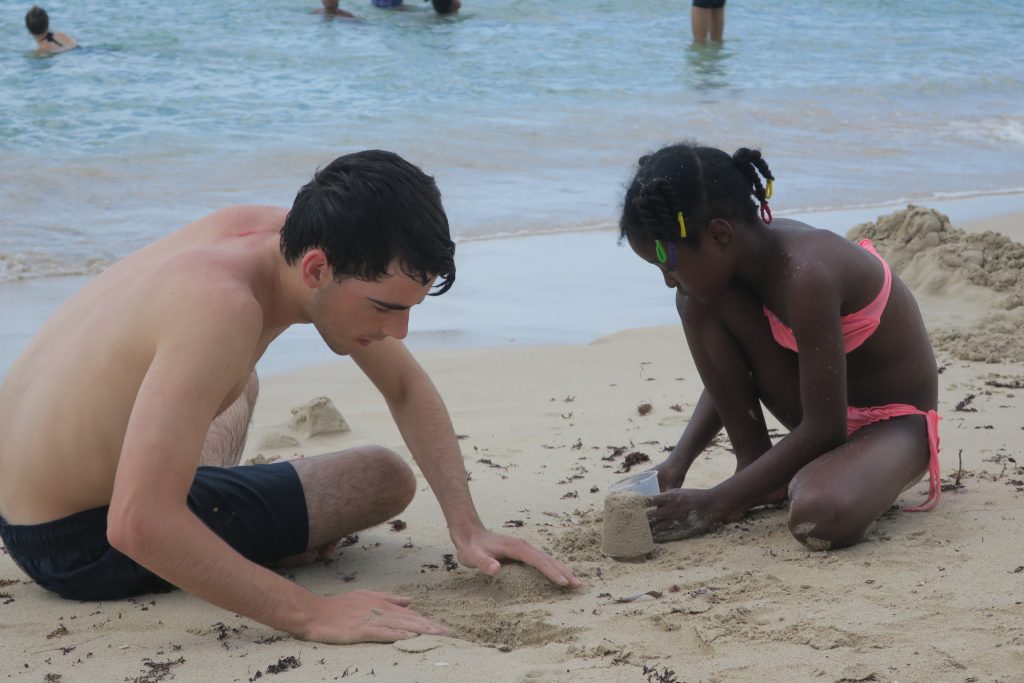 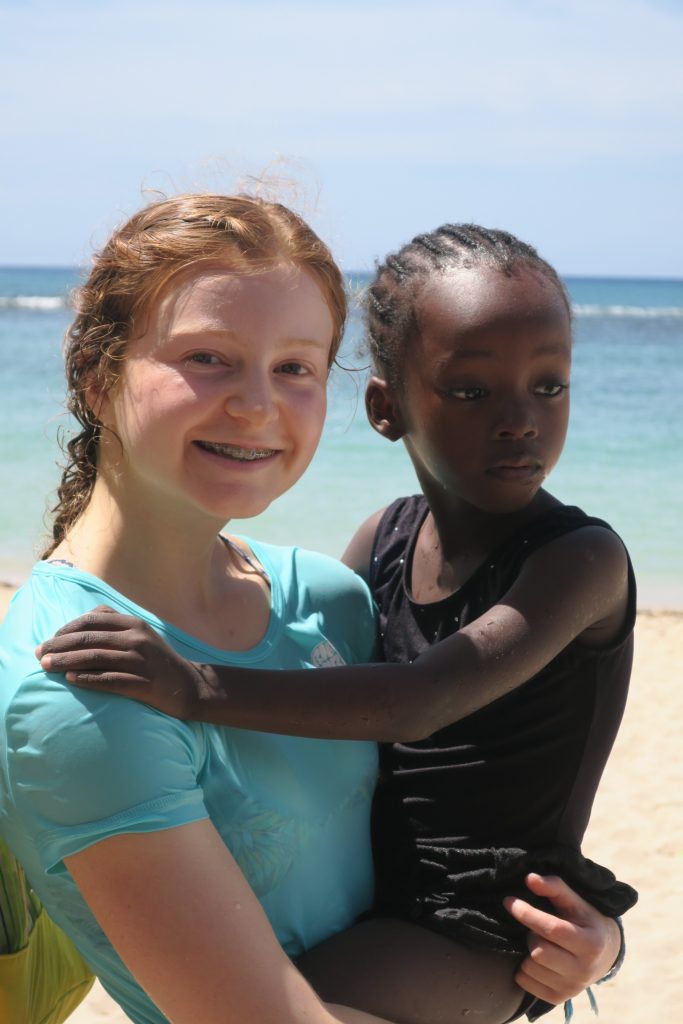 and to share some delicious unsweetened thin fried dough (yaniqueca) with ketchup on!!!! 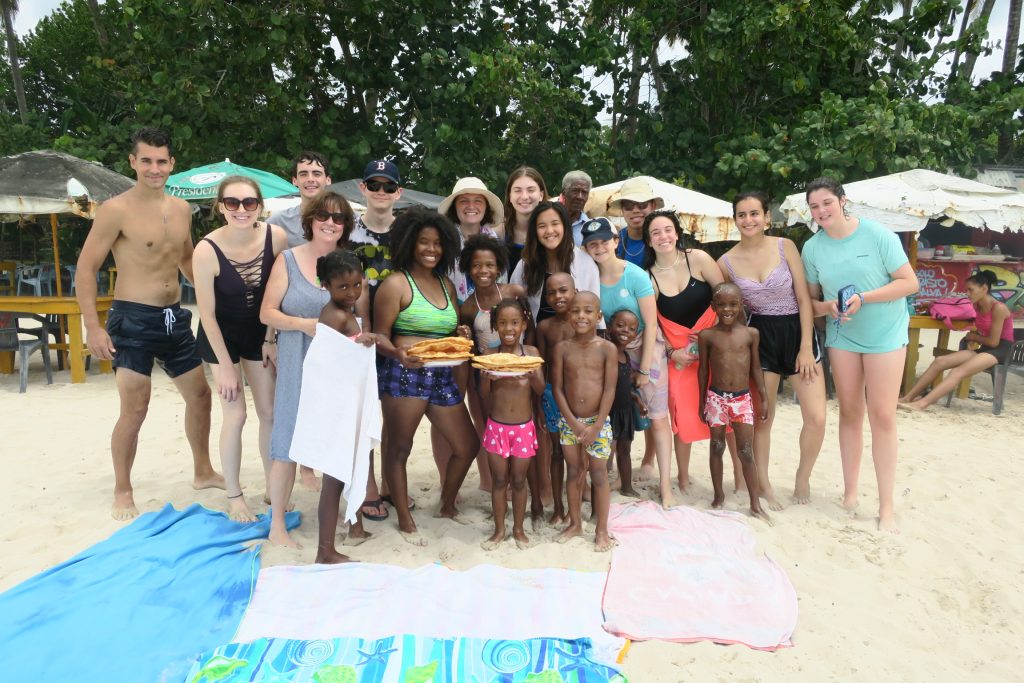 We returned to the visitor home in time for lunch. Lunch is the main meal of the day here and usually includes rice and beans and a meat dish, followed by delicious fruit.

The weather broke this afternoon and there was a huge tropical storm.  Some of us watched from the balcony of the visitor house while others accepted an invitation from some pequeños to join them in a game of soccer, which actually ended up as a huge water fight in the street. There is a trench on the side of the road which filled with fast flowing water and the pequeños floated and raced our flip flops in the water!

Once the rain cleared up we joined the children outside as they played. We got to use many of the toys and games we had brought with us to share with the children. The large jump rope that we brought proved to be very popular with all ages and we played until dinner time. Some of us are going to practice our jump rope skills tomorrow as we were definitely “out-jumped” by the pequeños. 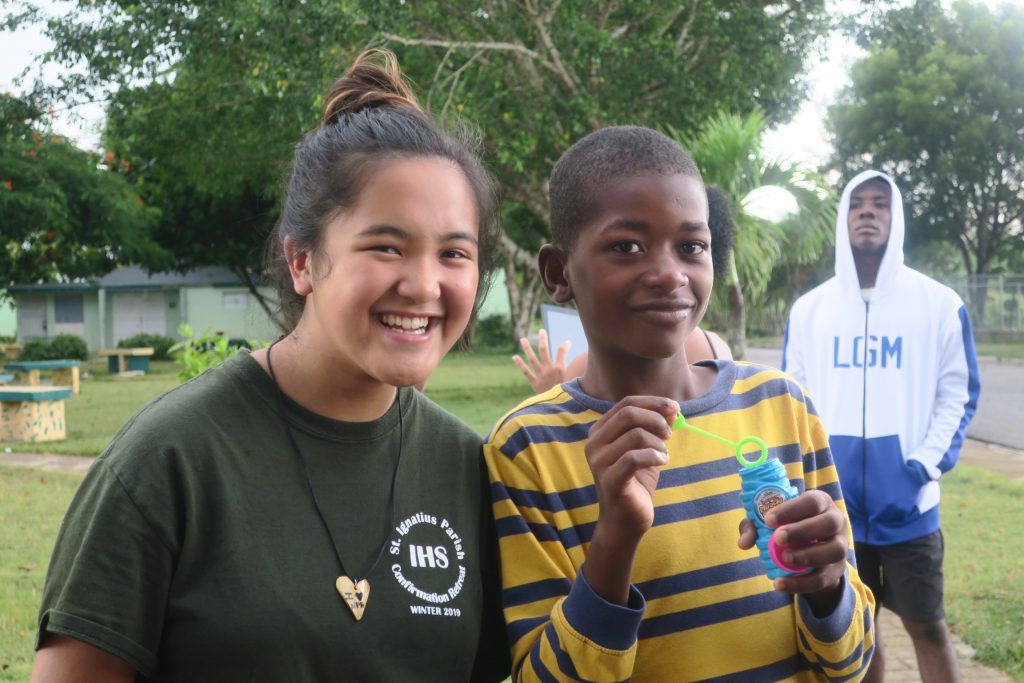 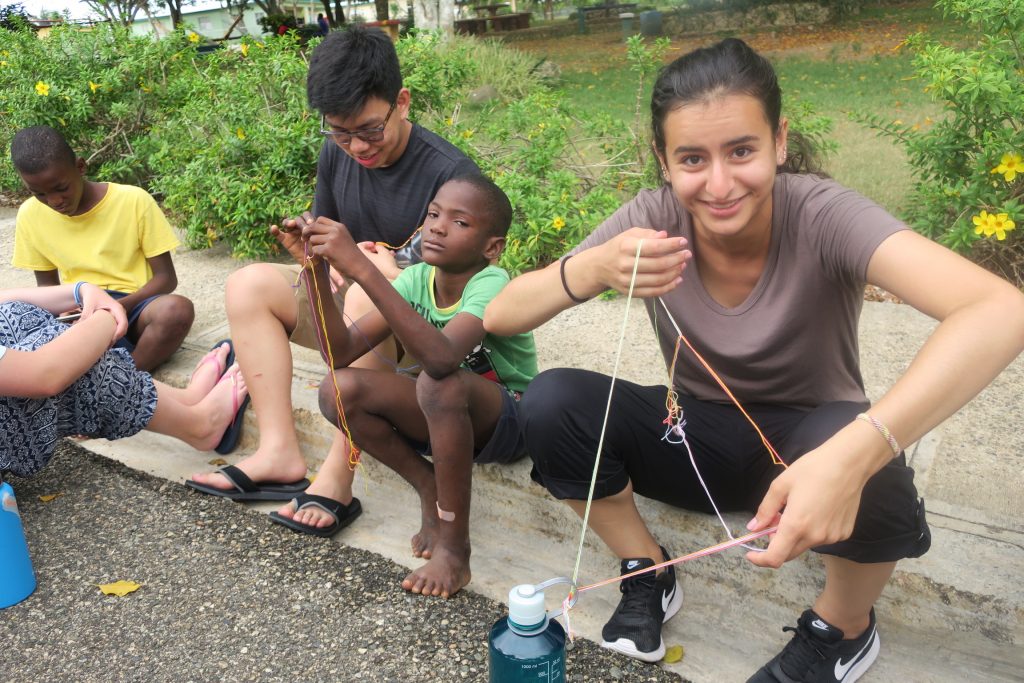 After dinner we had a visit from three pequeños who gave testimony and told us about how they came to live at NPH. Their stories were very moving, but one of them told us that although his story might make us feel sad, he feels that what happened to him gave him the opportunity to have a wonderful experience with NPH.  He has completed High School, has learned to make shoes, to cook and to play the piano and he wants to go to school for management and own his own business one day. He said that he has learned to trust that God will help him to achieve whatever he wants to do. He also told us that they are so happy to have visitors because it makes the children here realize that there are other people in the world who care about them and want to help. He hoped that we would come back again another time.

We closed with some singing with the pequeños  – one of the girls who gave testimony sang a beautiful song to us even though she was very shy about doing it.

We have all been moved today as we get to know the pequeños a little more. There is such a beautiful family atmosphere here and we all feel that we have truly been welcomed into this family.